"Write all the idiotic fanfic, the improbable fix-it's. All the rare pairs; the multitude of fests. All the stuff that might never get read. Do it, do it all. Because being in the arms of fandom is like being a child again. The things that we consider silly today will end up being cherished memories tomorrow."

Hamlet with Vampires and Regeneration Reincarnation.

Tbh, most scared and excited about this one lol, I don't even know the V of Vidding! A truly big responsibility.

A merry Merwaine fic that I gotta finish.

Write Every day in May + MerMay plus other things

Before I begin, look at this aaaaahhhhh!!! 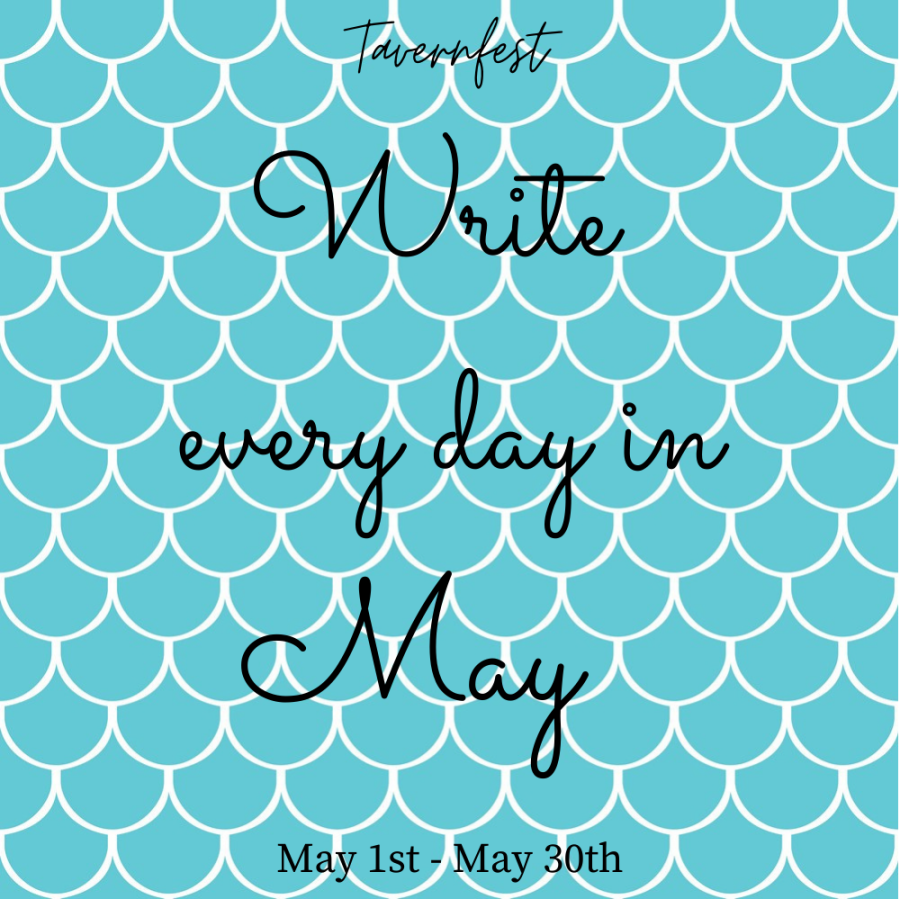 Okay, I'm doing Write everyday in May along with MerMay and a few other things this year.

I also went out on a seach for Merperson anatomy this morning and did some interesting reseach for victorian era stuff, and all in all, it was quite enlightening. A day well spent. Join in for MerMay if you want or look for more details here. Cheers!

Tags: mermay, rambling, write every day in may, writing

Domain LiveJournal.com was registered on April 15, 1999. The same year, the cult movie "The Matrix" was released, the 6 billionth inhabitant of the Earth was born in the city of Sarajevo, and Britney Spears' debut single Baby One More Time topped the world charts.
On April 15, 2021 LiveJournal turns 22 years old! LiveJournal celebrates its birthday and gives you a card with a bright event that happened the year you started your blog!

What happened in your life the year you started your blog?

Well 15 days late, and damn if 2020 doesn't still feel alien, but I suppose even Russian overlords need to celebrate their birthday.

Just a little song we used to sing back in school 🙂:

dreaminglypeach for looking this over and a huge thanks to the the cd mods for running this amazing community. <3<3

Read this on the Camelot Drabble community

Who's Excited For Camp NaNo?

I like Camp NaNo. For me, it's like the better, more robust twin of NaNoWriMo. I have already set my goals and packed my bags and I can't wait for this hellish week to get over so I can get back into the arms of fandom. Can you believe? One month of only writing 26,000 words. Yes, my goal is 26k, I think it's achievable so I'm really looking forward to it. Another Pro: We can set our own word counts and in return have full control, that has to be quite nice, right? I have also joined some writing groups ;)

If this does end up working, I'm thinking of catching another one in July in order to complete my ACBB. It's quite short so I'm hopeful. 😋 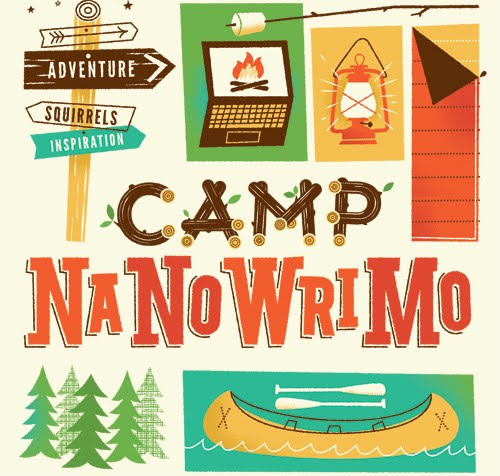 Putting this out here before I change my mind.

Since, my exams ended today, I have meticulously compiled a reading list for the month of February, or however long it takes to go through it all, for myself and for anybody who wants to take a look. It contains some of my oldest recs, and stories I have been wanting to read for some time now but life interfered or started but never reached completion.

Possibly Maybe I'm Falling For You by lady_ragnell

'Merlin walks into his favourite coffee shop one morning to find the Prince of Wales behind the till. His life only gets more surreal from there.'
(Modern Royalty is always lovely to read, and lady_ragnell is a pro. Read it here.)

You Give Me Fever by SlantedKnitting

'Arthur is a history teacher who just wants to live his life in peace. Morgana is the frontwoman of a successful band, and she bursts back into Arthur’s life after a two-year estrangement. As Arthur wades cautiously back into his sister’s life, he meets the band’s new drummer, Merlin. Merlin is charming and clever and, per Morgana’s decree, off limits to Arthur. Now Arthur has to decide if he wants to appease his sister or go after what (who) he really wants.'
(So cool and very interesting! Read it here.)

Living In Hearts Left Behind by giselleslash

'Arthur has been living abroad for several years, wanting to get as far away from his family and the expectations placed on him as possible, but the unexpected death of his brother brings him back home where he must confront the things that drove him away. He has to deal with the guilt of not being in his brother's life for the last few years and how much he missed because of that as well as the fact that maybe his father wasn't what he thought he was. And to make everything even more complicated there's his brother's boyfriend, Merlin, who might just be his salvation if their guilt and sadness doesn't drown them before they even get started.' (This looks wonderful and emotional, read it here.)

'It is the 57th annual Hunger Games, and Merlin Emrys stands at the Reaping ceremony with Guinevere Smith at his side, unable to hear the roar of the crowd over the ringing in his own ears. Because Merlin is about to face his best friend and twenty-two strangers in a fight to the death, where there can only be one victor. In a twisted game where death seems the only certainty, Merlin will find himself tested in ways no one could have ever predicted - and may even find himself fighting for more than just his own life as he enters into an unlikely alliance with Arthur Pendragon, the Career tribute poised to win it all. Merlin/Arthur AU, set in the Hunger Games universe.' (I have been wanting to read something like this for a while now. Read it here.)

'Emrys, he whose power is greater than any before him, shall return magic to its rightful place. At his side will fight a man born from pain, raised in blood, then cast away. With hair as bright as gold, and an arm like a forged weapon the likes of which haven’t been seen in centuries, the Mother will have a warrior to fight for her life’s blood. Together they shall bring peace and prosperity to Gaia once more.
Arthur has no doubt that he's the Warrior from the prophecy. With the help of Uther's prized wives, he ventures North to find Emrys, and to return magic to the land that his father killed.' (Oh god, oh god, oh god *cue excited flailing*! this is exactly what I wanted \o/. Read it here.)

Defenders of the Realm by lamardeuse

'Modern AU. Arthur and Morgana are Metropolitan police officers drawn into a strange case involving robbery of ancient artifacts. Merlin is a graduate student at Imperial College studying the healing plants of Ancient Britain under Gaius – or at least that's what he tells everyone. Soon they, along with Gwen, Lancelot and Uther, will be facing a battle for the future of the country. Can they defend the realm from those who would seek to destroy it? Written for Merlin Big Bang.' (This sounds very interesting. Read it here.)

'Arthur's exhausted. Not that he'll admit that to Morgana, his father, or even himself. And now he’s gotten dragged along on what was supposed to be a vacation—and there’s an annoying ranch hand that’s frustratingly handsome. A fact that is at the top of the running list of things he’s never going to admit to anyone.
Merlin has been roped into working in his uncle's dude ranch. And one of the current guests is a particular prat. A hot one—a thought he’ll keep to himself, thank you—but still a clotpole. And he just keeps doing stupid things. Like trying to pet a bison' (Farm AU, sounds amazing and very very funny. Read it here.)

'When Queen Ygraine died, a grief-stricken King Uther struck out at magic and started the genocide known as the Great Purge. The sorcerers who could, escaped across the borders to Camelot’s neighbouring countries where they formed the organisation known as the Opposition, while those who stayed founded the Resistance. Throughout the years, both organisations have succeeded in infiltrating almost every one of Camelot’s government agencies, including the Knights of Camelot – Uther’s elite corps.
Twenty years after the Purge, Princess Morgana’s magic secretly surfaces and the Opposition sends Merlin to Camelot to teach her how to control it. When the Resistance tries to assassinate Crown Prince Arthur, Merlin saves his life, and as a reward, finds himself a Squire of Camelot. Now he must navigate a gruelling training regimen, run-ins with the Resistance, royal visitors from other countries, and still find the time to teach Morgana magic while staying undercover until the time is right.' (Looks lovely. Subscribed! Find it here.)

What Child Is This by lamardeuse

'A modern AU with Merlin, Arthur, mayhem, a baby and a jingly elf hat.' (This is the loveliest thing ever! And even the mention of holiday season is enough to fill me with warmth. Christmas! Read it here.)

In Time of Trial by Shine

'Uther fears his son's power, and Merlin has helped Arthur flee to escape imprisonment. Now the two of them must fight to regain Arthur's rightful place in Camelot.' (Read it here! )

No Matter How Far Away You Roam by Lady Ragnell

'“I was wondering if you might come home with me.” Merlin stops mid-rant and stares at him, and then down at his panini again, and back at Arthur. This is a panini of lies and pain. He can tell already.


“For Christmas? I’ve got an uncle and a mother and a sister waiting for me at home, in case you hadn’t remembered, I’m not going home with you just because you’re a workaholic.”


“No, it’s. My mum might be under the impression that we’re a little bit married.”


In which Merlin gets conned into spending Christmas with Arthur's family and pretending to be his husband, because somehow this is his life.' (Read it here!)

Putting this here because I'm tired of having to dig through the depths of my folders every time I need a reference. . .

(P.s. I have a history of not completing my bingo's but the prompts are still lovely to look through!)

Thank you mods for providing me with an h/c bingo card for this last round. You'll be sorely mistaken if you think I'm not going to drag this until the end of amnesty 😅.

Inspired by the Archivist Series by Slantedknitting.

So, this is inspired by the briliant Archivist series by Slantedknitting. I'm also one of those people who love reacting to stuff, as, evident by my subscriptions to the very many reaction channels floating around.

After the purge, the High Priestess casts a curse over Camelot. 'Women born hereafter will be sequestered with teeth in their vaginas to protect themselves from boorish men', or so Arthur finds out on their wedding night. (Arthur/Gwen)

Merlin and Arthur get a new Tabby. Too bad, she only wants cuddles at the most inapropriate of times.

So, I got tired of the strobe lights on tumblr and discord and decided to migrate to Livejournal. Guess I just realised that despite being active on many platforms, I didn't actually have a way to sit down and just enjoy fandom and jot all my favourite stuff down.

Here's hoping to have a good time. And here's one for the festive season. Cheers! 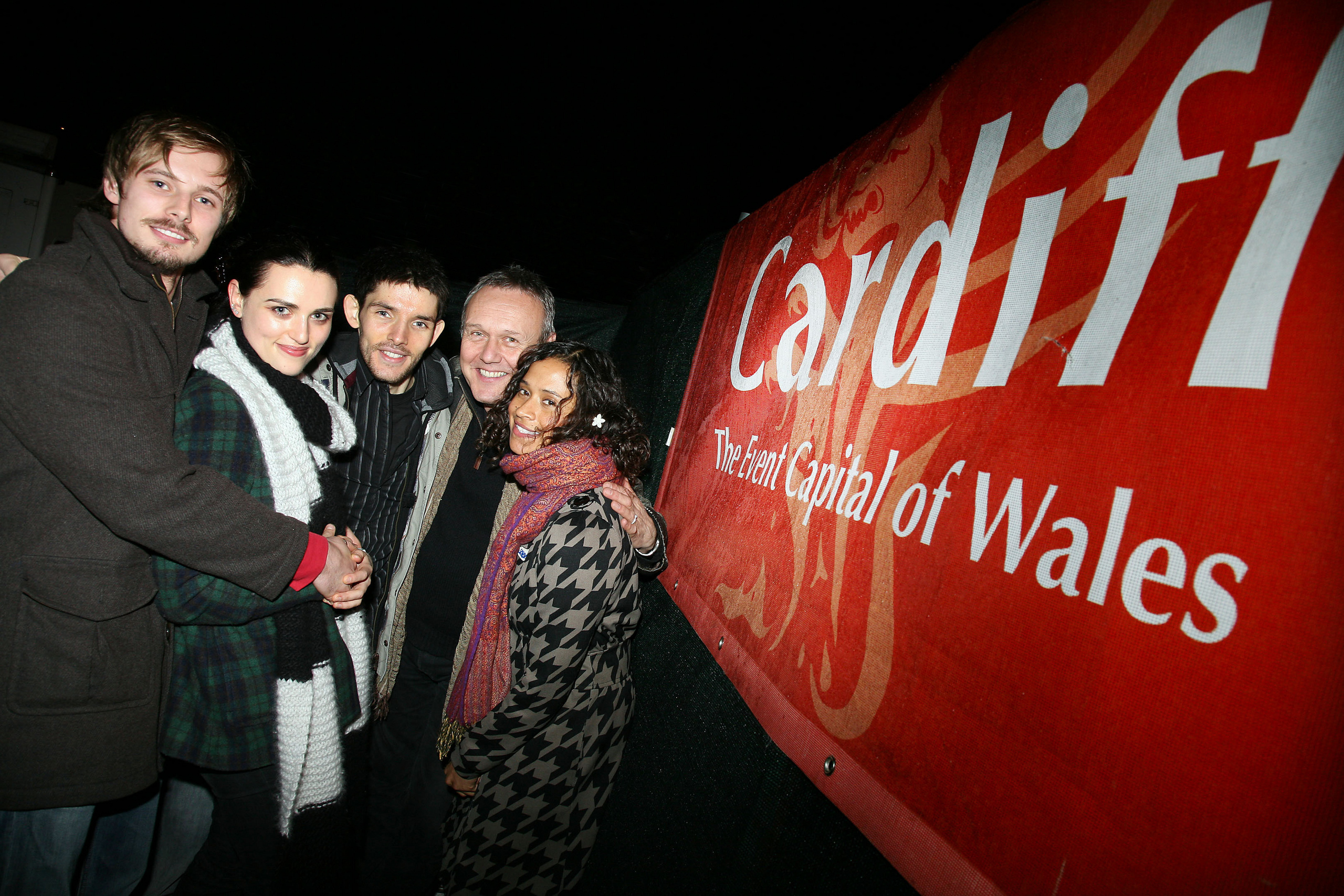